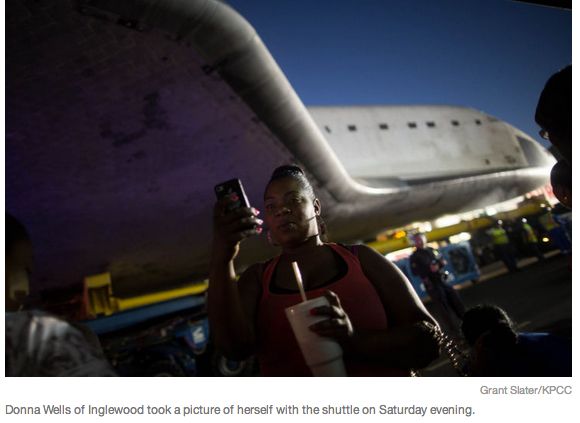 The toughest and best question people ask me about the open journalism ideas I put forward months ago in an interactive paper for USC Annenberg: Can these ideas work in real life — i.e. in a newsroom doing journalism in live time?

I rejoined live journalism in April as executive editor at KPCC / Southern California Public Radio, attracted in part by the station’s mission and the newsroom’s advantages for open journalism. In radio, KPCC had a convention of inviting audience interaction (through call-in shows). The station’s expansion included an active slate of live events onsite, in a wonderful space called the Crawford Family Forum, and an increasing commitment to in-person engagement in other venues. And KPCC was employing formal methods (the Public Insight Network) and active social media presence to invite people into coverage.

Still, the challenges of daily journalism lend themselves to old formulas, and back in action I recognized the challenges of changing some of the fundamentals of the news paradigm – news comes from journalists, comment from others, etc.  As I wrote in my paper on open journalism, the true promise lies in connecting professional journalism with a broadly networked information universe — a two-way connection versus one-way news distribution— to improve the quality and accessibility of good public affairs reporting.

Open journalism thinking continues to percolate across the media landscape. Significantly, the role of the professional journalist continues to shift amid a torrent of information from all manner of sources. At KPCC, key players from CEO Bill Davis to web editors and radio reporters are vocal about the urgency they feel to help build new ways of doing public service journalism. Given my recent explorations, I’m delighted that open journalism thinking is figuring in more heavily all the time in KPCC’s work.

One recent example that showed the power of open exchange: KPCC’s coverage of the shuttle Endeavour being moved to Los Angeles, first by air and then by ground as it was literally inched along city streets to its permanent home at the California Science Center. For the flyover, photojournalist Mae Ryan wrote a blog post days ahead offering tips on how to photograph Endeavour. She and colleague Grant Slater curated user photos and shot their own. They offered similar guidance for the shuttle’s slow roll through South LA, and the KPCC Facebook, Twitter and Instagramaccounts crackled with posts on Endeavour.

Yet this coverage showed that traditional platforms, in this case radio, can powerfully translate open journalism thinking. This power came across most vividly as our weekend show Off-Ramp, led by its versatile and talented host John Rabe, produced a two-hour live special that combined reported and produced pieces with invitations to listeners to call in to tell their stories as the Shuttle made its snail’s-pace trip to the science center.

The broadcast has staying power (listen here). Rabe interspersed live hits and produced pieces from KPCC journalists with audio from listeners who called to share what they knew and what they had experienced. Imagine, exclaimed one, being able to reach out and touch a vehicle that had traveled through outer space! Another broke down in tears remembering her father’s work in the aviation industry — “he walked to work for 45 years!” and how big a part of the family’s life was the advance of US space exploration. Rabe shared the emotion, telling his audience “I have to admit I’m a softie…” and expressing the poignancy of seeing Los Angeles’ amazing diversity on display in the people who came together to witness the shuttle’s arrival.

Journalism like this turns the news into a shared experience instead of a transmission. While the shuttle’s arrival is a different kind of story from, for instance, covering a contested congressional race, the idea holds for covering public life: by drawing on professional journalists, amateur photographers, informed sources, eyewitnesses and expert guides, all toward the goal of accurate and accessible coverage.